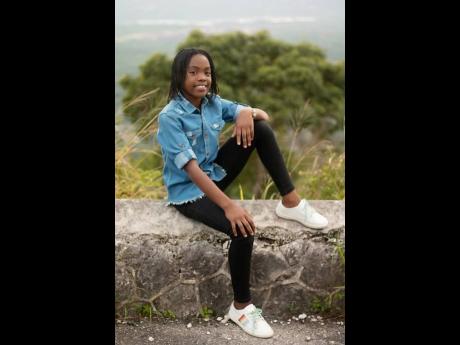 Up-and-coming recording artiste Lil Kish is calling for change on her track titled Woman Violence that was released in April.

“The song is about violence against women and children, it happens too often and needs to be stopped,” the artiste explained. Based on current events, she saw it fit to make a statement that is timely and relevant.

“I want the message to bring awareness all over the world that violence against women and children is wrong and a change needs to be made,” she said. With its bold, no-nonsense statement, the song has been receiving positive feedback so far, especially with the accompanying music video. Directed and shot by Saii Media, the video supports the song’s message, depicting various acts of violence against women.

At just 11 years old, Lil Kish has always had an ear for music, and was introduced to the art through her father who owns a sound system. With encouragement and support from her parents, the young singer was launched into stardom and gained national attention with her December 2020 single, Corona. Using her talent to write positive and uplifting music that listeners can enjoy, her other singles include Living The Life and Times Like These. With a music style focused on reggae and rap, the Mandeville-based singer has two new singles in the works titled Jamaican History and Rasta Girl.

Have COVID-19 questions? Talk with our Virtual Assistant.

Gianii pleased with ‘No Love’ | Entertainment

This Day in History — November 12

Want to be the first to know when new videos available? Subscribe to our weekly email newsletter. No spam!
CLOSE